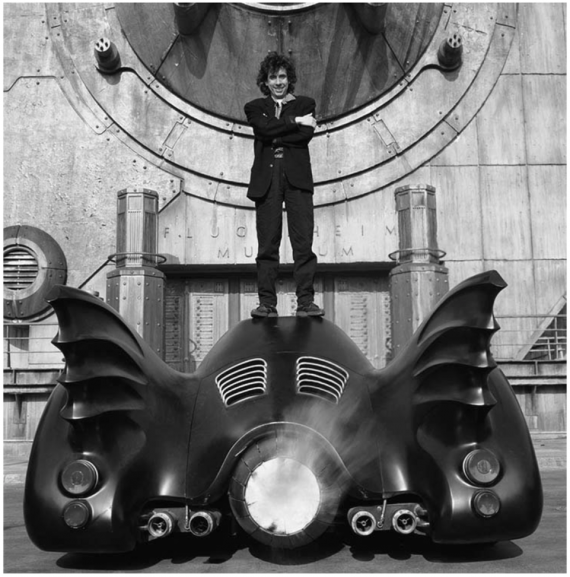 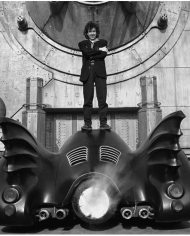 Film director Tim Burton stands on top of the Batmobile at Pinewood Studios, Buckinghamshire during the filming of his 1989 production of ‘Batman’.