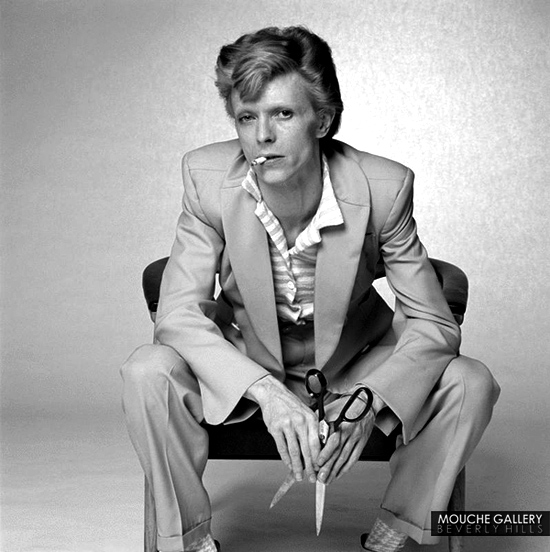 This portrait of David Bowie was part of a studio session in Los Angeles to promote the “Diamond Dogs” album. Bowie picked up the scissors absent-mindedly and O’Neill decided to keep them in the shoot to symbolize the cutting edge nature of Bowie’s music.