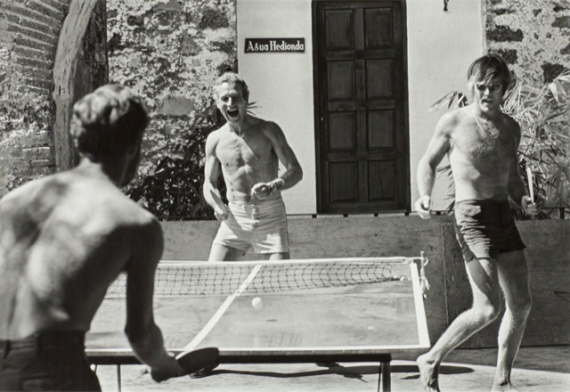 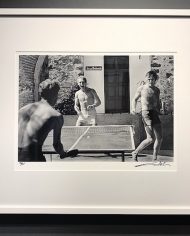 Paul Newman and Robert Redford between takes during the filming of Butch Cassidy and the Sundance Kid in 1968.

Qty
Add to Wishlist
Share this product
It’s been 50+ years since the award winning film Butch Cassidy & The Sundance Kid was released. This is one of the most popular shots in the collection. This is a candid shot of the legendary actors – off set hanging out, having a great time. The start of a lifelong friendship on set of Butch Cassidy & The Sundance Kid. This is a Special Collector’s Edition very limited, very limited only 9 in this edition.
Their 40-year friendship began in 1968, when big-screen icon Paul fought to get lesser-known Robert cast as his partner in crime in Butch Cassidy and the Sundance Kid. “We developed a friendship off that film, and things fell into place,” Robert recalled during a recent TimesTalks Q&A earlier this month. “It didn’t require a lot of talk but what came with it was fun.”Robert also admitted, “I owe much of my career to Paul.” That unshakable connection extended beyond Butch Cassidy and the Sundance Kid to 1973’s Oscar-winning smash The Sting — and into their private lives, as they supported each other through marriages, births, illnesses and deaths. “They were best friends,” their The Sting co-star Sally Kirkland tells Closer. “They really loved each other, and that was so great and so contagious to be around.
Born in Brooklyn in 1936, Lawerence Schiller’s work began in junior high school in San Diego, when he received his first camera. Though a childhood accident left him with impaired vision in one eye, he became an obsessive photographer; even while attending Pepperdine College, Lawrence Schiller’s pictures had already appeared in including Life, Newsweek, Time, Paris Match, Stern, and the London Sunday Times. Schiller’s interests and ambitions soon developed into a profession in print journalism, documenting major stories for glossy magazines all over the world. He was the first man to photograph a Playboy bunny with hair — pubic — on show, the dancer Paula Kelly re-enacting Matisse’s dance. He was the stills director on Butch Cassidy and the Sundance Kid, and, Lady Sings the Blues, making those imagesHis iconic images of Robert F. Kennedy, Richard Nixon, Bette Davis, Barbra Streisand, Marilyn Monroe, Muhammad Ali, and Madame Nhu, among others are tributes to his doggedness, ingenuity, and charm as well as to his technical proficiency.