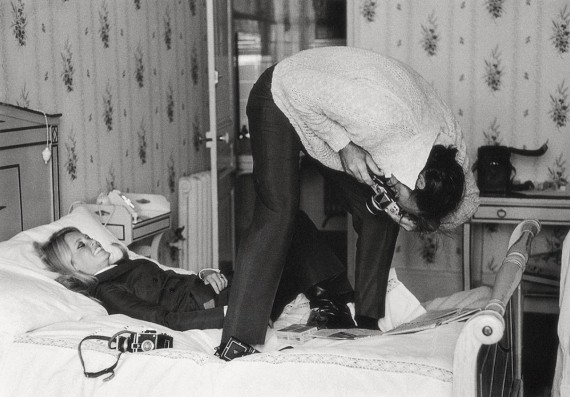 Scottish actor Sean Connery and French actress Brigitte Bardot meet for the first time in Deauville, 1968, before the filming of ‘Shalako’, directed by Edward Dmytryk.