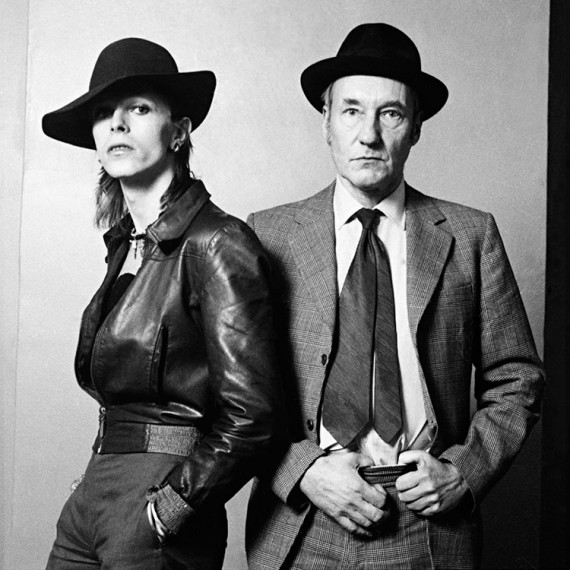 British singer, songwriter and actor David Bowie posing for a photograph with American novelist William Burroughs for an interview published at Rolling Stone magazine in February 28, 1974.