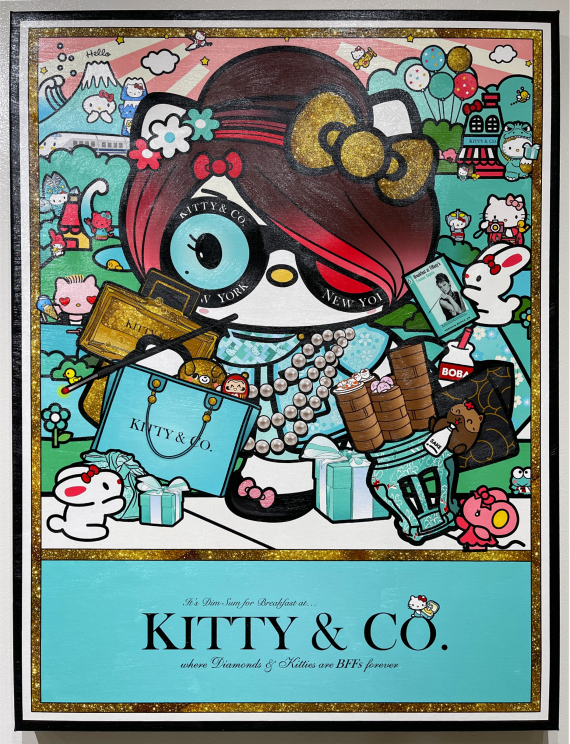 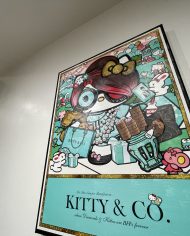 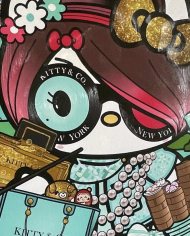 “BREAKFAST AT KITTY’S” by Sean Danconia

The Ultimate symbol of Kawaii-Fashionista-Fabulousness

In the background, an array of Kittyrific Showa-era tomodachi—from Godzilla to Mt. Fuji—look on, celebrating her as the ultimate symbol of Kawaii-Fashionista-Fabulousness, all the while considering the nature of consumer-driven capitalism as seen from an anti-Marcuse reverse-post modernist bye-bye-kitty-brand subtext…or maybe it’s just Dear Daniel’s way of showing shiawase & LOVE. (｡♥‿♥｡)