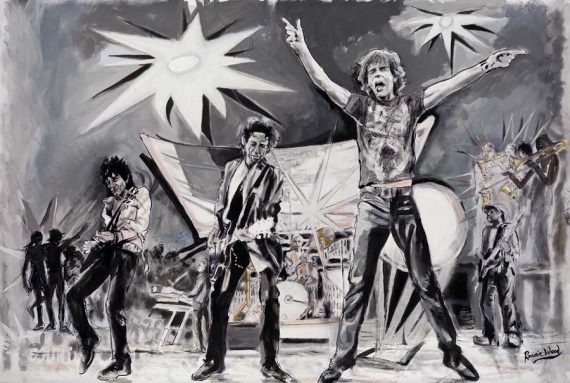 Medium: Digital and Screenprint with Gold Leaf on Canvas
2006

Stretched and Ready to Hang