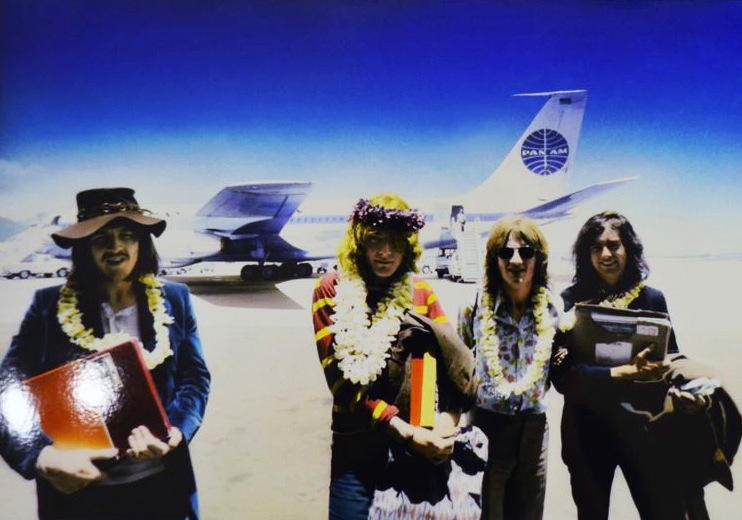 Robert M. Knight is the Rock Prophet; the one man who can rightfully say “It happened and I was there.” Since 1968 Knight’s photographs have served as testimony to the greatest moments in rock and roll history. He is one of the first professional photographers to shoot Jimi Hendrix and the last to photograph Stevie Ray Vaughn. His unprecedented access to just about all of the worl’s most recognized artists in music has given him a unique insight into the emotion of the music.

Raised in Hawaii, based in Los Angeles, Robert Knight is a long time advertising/travel photographer who also specializes in the rock and roll music industry. His career spans from 1968 ‘s to the present. Constantly working in the music industry for international record companies, publications, and musical equipment manufacturers, Robert is best known for his “Guitar Legend” archive, having worked with such artists as Jimi Hendrix, Jeff Beck, Led Zeppelin, Stevie Ray Vaughan, Eric Clapton, to such contemporary artists as John Mayer, Tom Morello, and John-5.

Robert is also part of Guitar Center’s Hollywood RockWalk team, working alongside RockWalk Director Dave Weiderman. Robert and partner Maryanne Bilham have an exhibition on the outside of the more than 150 Guitar Centers around America, which is one of the largest outdoor gallery shows of original photographic art. Robert Knight has published several books: Rock Prophecies (2009) “50 Rock Guitarists” Shinko Music (1995) “Hollywood’s RockWalk, The First Decade” (1996) and is part of “Led Zeppelin -The Photographers” (1996)

Robert Knight is the subject of movie by director John Chester, Rock Prophecies, which explores Robert’s amazing career and follows him on his quest to help the bands of today become the Rock legends of tomorrow, whether promoting Panic at the Disco before anybody has heard of them, or convincing Aussie band Sick Puppies to sell everything and move to the United States. When Robert stumbles upon Tyler Dow Bryant – a 16-year old guitar phenom from Texas – he’s convinced he may have found the next Stevie Ray Vaughan. Robert risks his reputation and career and takes a chance on Tyler. The two then set off on an unbelievable journey to take their own shot at making history.  Rock Prophecies was a 2009 winner of Audience Awards at the AFI Dallas Film Festival, Nashville Film Festival and Maui Film Festival.