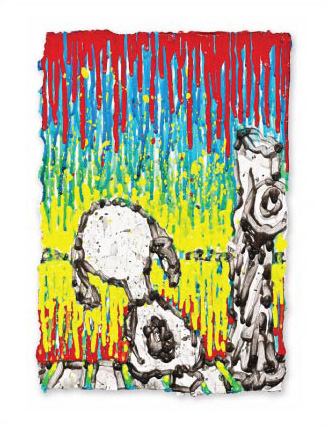 Peppermint Patty and Charlie Brown’s phone calls, Lucy musing while Schroeder plays his piano, even Snoopy fighting his imagined foe the Red Barron – these deeply meaningful relationships were as important to Charles Schulz’s Peanuts as the characters themselves. They echoed his own life, and his own way of seeing his world. This use of Peanuts’s characters is one Tom Everhart has carried forward from his dear friend and artistic mentor.