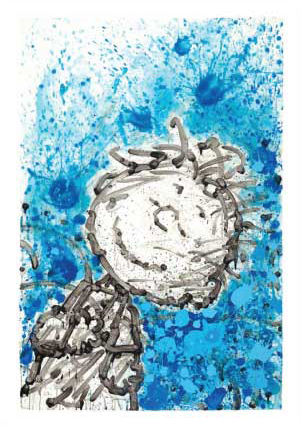 Titled for Jean-Michel’s famous tag “Samo.” Basquiat’s unconventional approach to both his art and his life was something Everhart always admired. And for the choice of Pig-Pen… well the similarities were there.