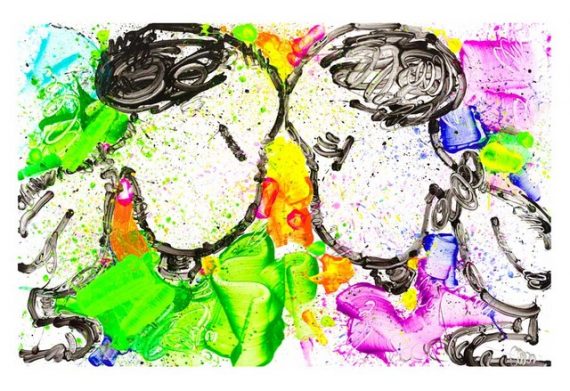 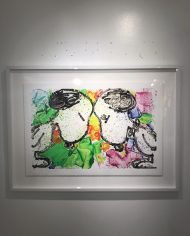 My Brothers And Sisters Please

Qty
Add to Wishlist
Share this product
Last piece available in the series
Approx. 40″x 50″ Custom Framed
Museum Grade Framing- Floating with Hardwood Moulding and UV Plexiglass
Thomas Everhart was born on May 21, 1952 in Washington, D.C. He began his under graduate studies at theYale University of Art and Architecture in 1970. In 1972 he participatedin an independent study program under Earl Hoffman at St. Mary’s College. He returned to the Yale School of Art and Architecture in 1974 where he completed his graduatework in 1976, followed by post-graduate studies at the Musee de l’Orangerie, in Paris. He taught Life Drawing and Painting, briefly from 1979 to 1980, at Antioch College.
In 1980, Thomas Everhart was introduced to cartoonist Charles M. Schulz at Schulz’s studios in Santa Rosa, California. A few weeks prior to their meeting, Everhart, having absolutely no education in cartooning, found himself involved in a freelance project that required him to draw and present Peanuts renderings to Schulz’s studios. Preparing as he would the drawings and studies for his large-scale skeleton / nature related paintings; he blew up some of the cartoonist’s strips on a twenty-five foot wall in his studio which eliminated the perimeter lines of the cartoon box, leaving only the marks of the cartoonist. Schulz’s painterly pen stroke, now larger than life, translated into painterly brush strokes and was now a language that overwhelmingly connected to Everhart’s own form of expression and communication. Completely impressed with Schulz’s line, he was able to reproduce the line art almost exactly, which in turn impressed Schulz at their meeting. It was directly at this time that Everhart confirmed his obsession with Schulz’s line art style and their ongoing relationship of friendship and education of his line style.
A few years later, while still painting full-time on his previous body of work in his studio, Everhart began drawing special projects for Schulz and United Media, both in New York and Tokyo. These authentic Schulz-style drawings included covers and interiors of magazines, art for the White House, and the majority of the Met Life campaign. When Everhart was not painting, he was now considered to be the only fine artist authorized and educated by Schulz to draw the actual Schulz line.