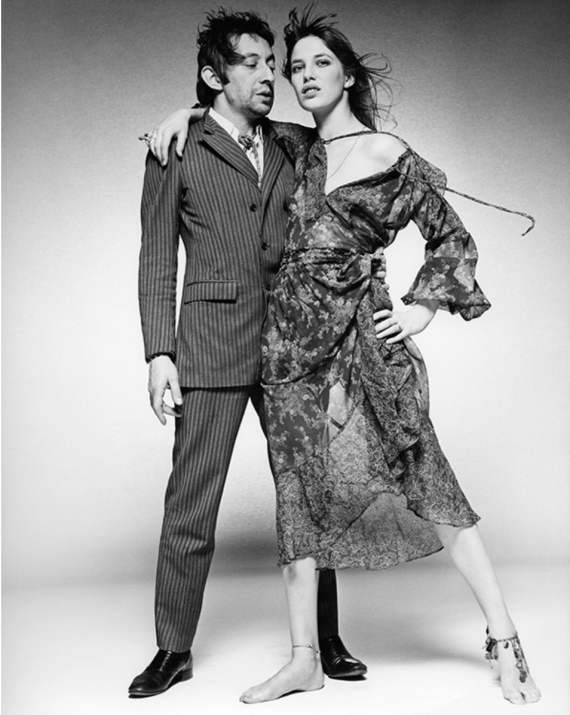 Serge Gainsbourg & Jane Birkin were the avant-garde couple of the 1970s. This picture was taken around the release of ‘Je t’aime… mois non plus’ at the Sunday Times Studio, London in 1969.  “He was a gentleman, but he couldn’t quite resist showing me what he’d got in his drawer and making me listen to ‘Je T’aime Moi… Non Plus,’ with Bardot, which was incredibly sexy. And so he said, ‘Do you want to sing it?’ And as I was madly in love with him, I said, ‘Well, of course.’