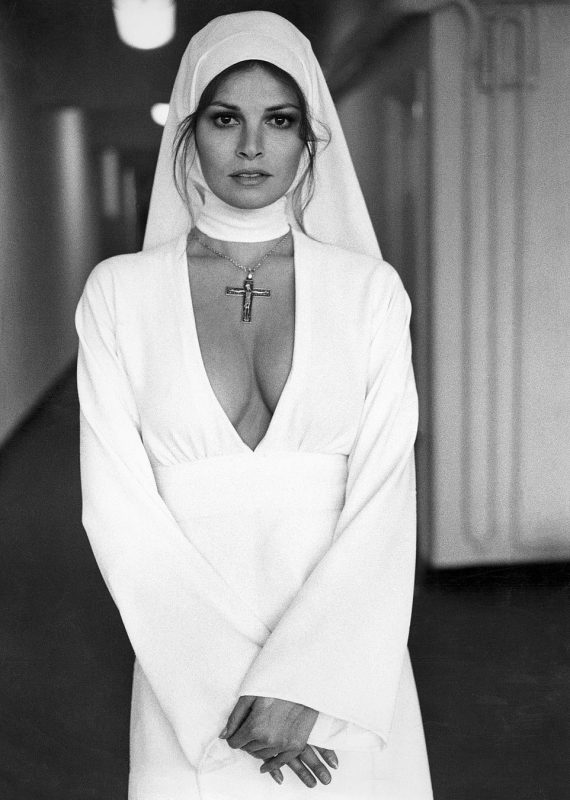 American actress Raquel Welch in a nun’s costume for the movie ‘Bluebeard’, 1972.