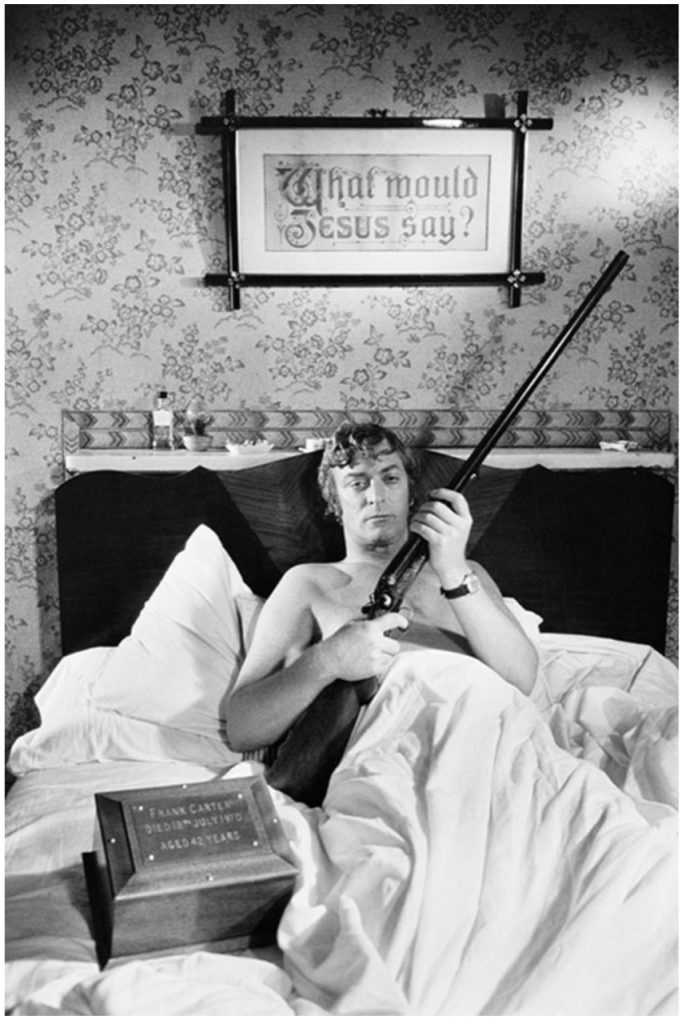 Actor Michael Caine on set of the cult classic, Get Carter, 1970.