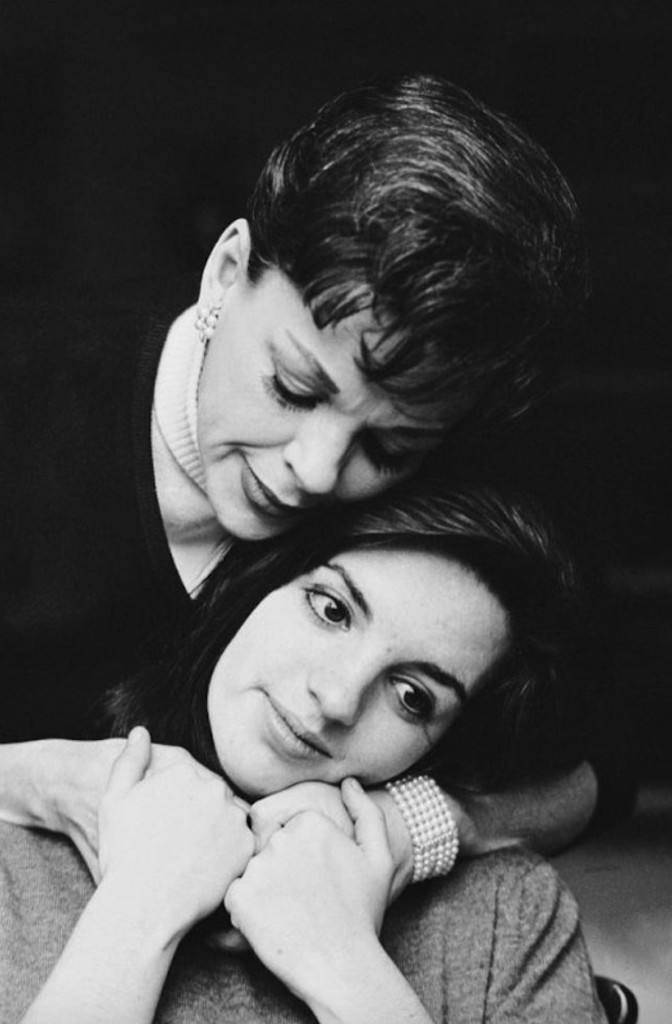 “When I worked on the Daily Sketch years ago, I was asked to photograph Liza Minnelli. I went around to her house. I knocked on this door – they were staying in London – and Judy Garland answered the door. I couldn’t believe it. I was only 20, and I had met a superstar straight away. It was fantastic. She was so nice to me. I took this picture of the pair of them together, and then they asked what I was doing on Sunday. They wanted me to shoot their album cover because Judy and Liza were making an album of their concert at the Palladium. Suddenly, I was given an album cover out of nowhere! Those things don’t happen today. I was knocked out. I’d never shot a roll of colour in my life, but I just went along with it all.” – Terry O’Neill