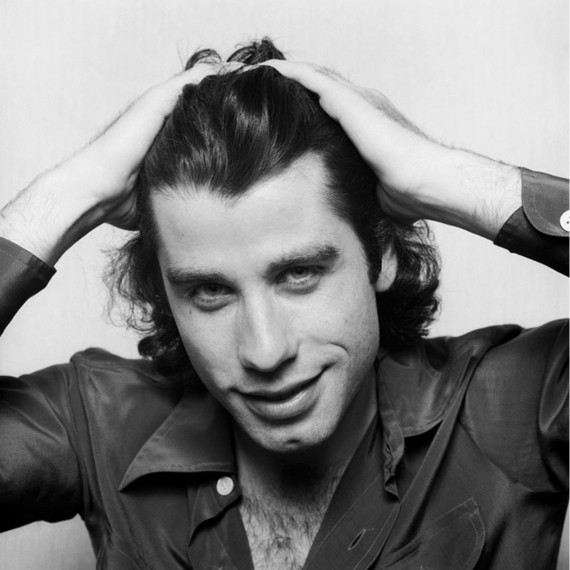 American actor John Travolta runs his hands through his hair, circa 1975.