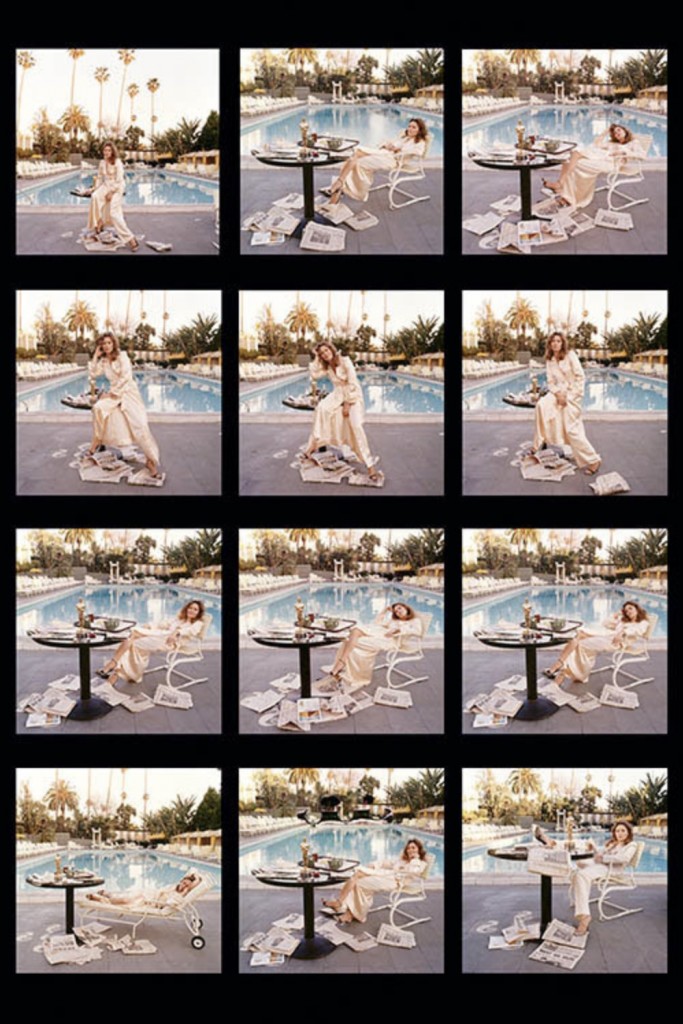 American actress Faye Dunaway takes breakfast by the pool with the day’s newspapers at the Beverley Hills Hotel, 29th March 1977. She seems less than elated with her success at the previous night’s Academy Awards ceremony, where she won the 1976 Oscar for Best Actress in a Leading Role for ‘Network’.