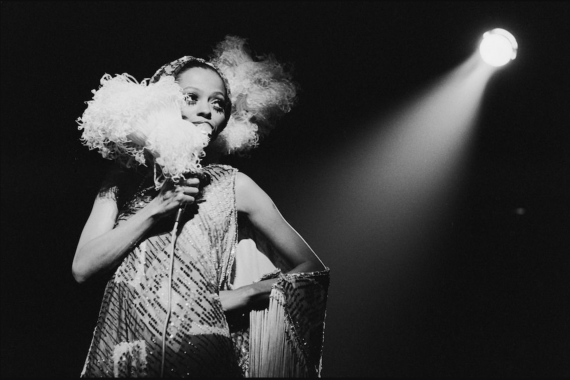 American soul singer Diana Ross wearing a feather boa and sequined dress during a concert, circa 1975.

“I can’t think of any other entertainer who ruled the 1970s as much as Diana Ross. She recorded hit after hit record, she toured the world, Broadway, Vegas, did television specials and on top of all that, starred in several highly successful and critically acclaimed films.

“She was very easy to work with. She didn’t really want me to give her direction, though, but that was alright with me because she was an absolute pro in front of the camera. She knew what angles would work for her and she knew how to strike a variety of poses so each frame would have something unique to them. “Looking at this contact sheet, you can see that. Each frame is unique. That was great for me and probably even better for the photo editor who ultimately would have the difficult task of choosing which terrific Diana Ross photo to run with.” – Terry OʻNeill