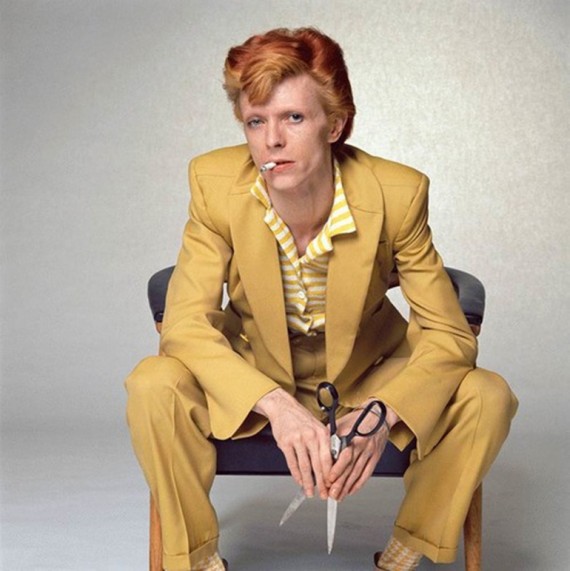 English singer, musician and actor David Bowie with dyed red hair and a mustard yellow suit photographed for a magazine in Los Angeles, circa 1974.