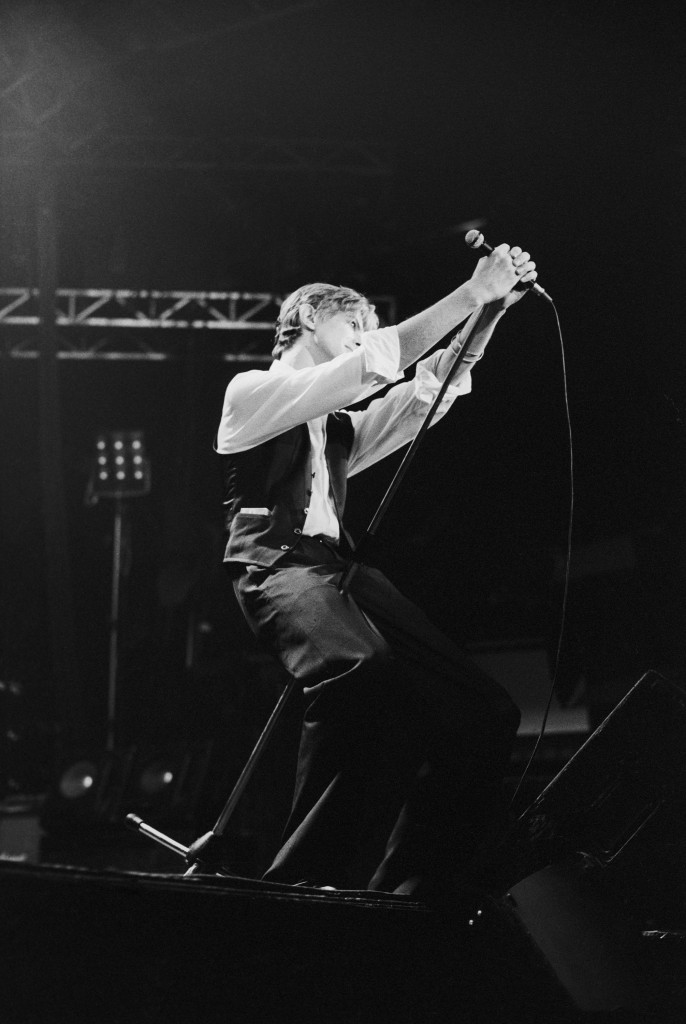 Terry O’Neill – David Bowie on stage hanging on to microphone

English singer, musician and actor David Bowie in concert during his Diamond Dog tour in Los Angeles, circa 1974.

British photographer, Terry O’Neill, has photographed presidents, prime ministers, rock stars, Oscar winners and the British Royal Family. He chronicled the lives of emerging rock stars and icons of the 60s. He photographed The Beatles and The Rolling Stones when they were struggling young bands, and worked closely with Frank Sinatra for over 30 years. His photograph of Faye Dunaway, in Beverly Hills, the morning after she won her Best Actress Oscar for Network, has been nominated as the most iconic Hollywood shot of all time. O’Neill has produced covers for Time, Newsweek, Stern, Paris Match, The Sunday Times Magazine and Vanity Fair, and his work is featured in national galleries and private collections worldwide.