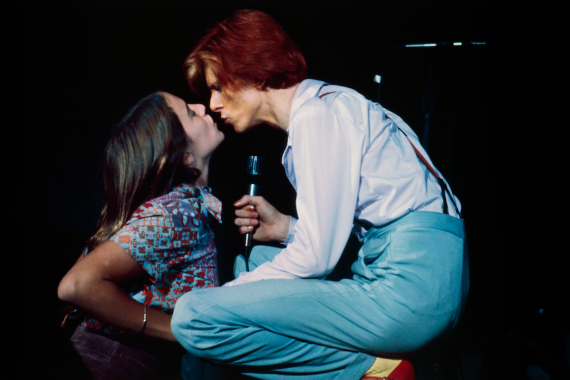 Add to Wishlist
Share this product
English singer, musician and actor David Bowie kissing a fan in concert during his Diamond Dog tour at the Universal Amphitheatre in Los Angeles, CA, US, September 5th, 1974.