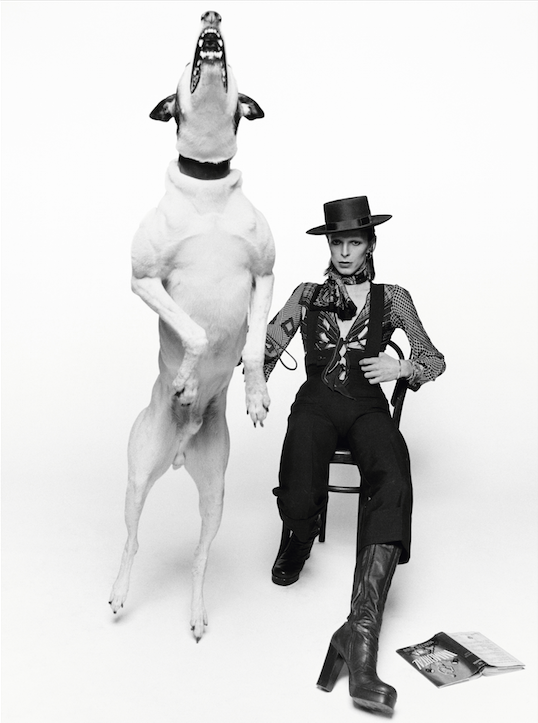 Singer David Bowie poses with a large barking dog for the artwork of his 1974 album ‘Diamond Dogs’ in London.