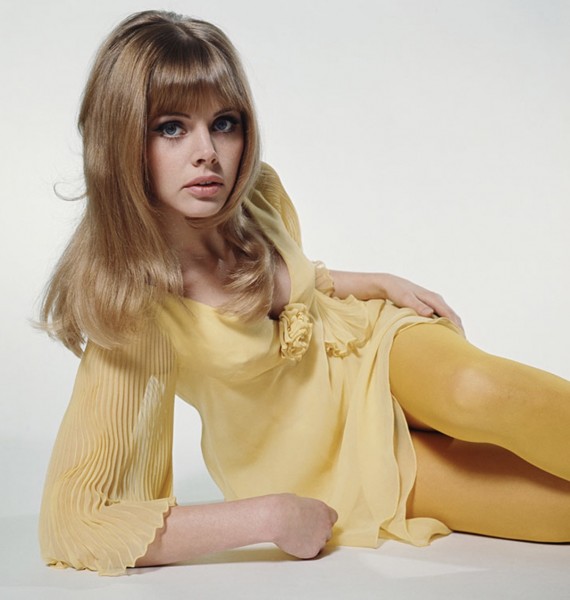 Swedish actress Britt Eckland in a yellow dress and matching tights, circa 1964.