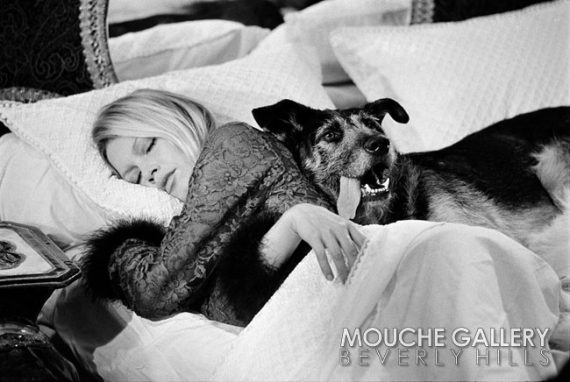 “Between takes on the set of ‘The Novices’, I stumbled upon Brigitte sleeping. As if on cue, the dog jumped onto the bed and stuck his tongue out. Brigitte woke with a start and began to laugh – but not before I’d taken my shot.