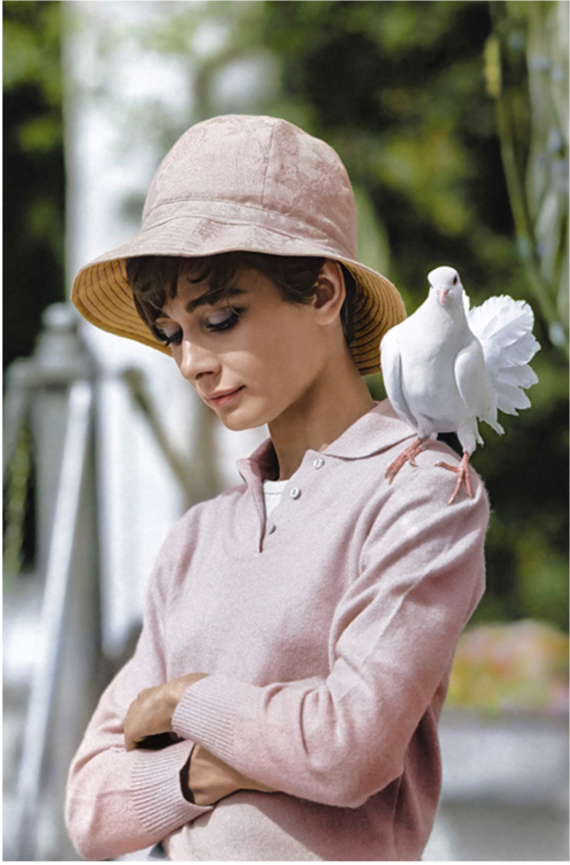 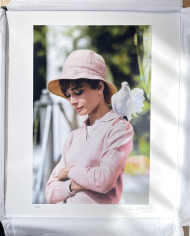 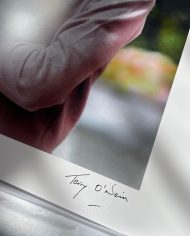 A contemplative Audrey Hepburn with a dove perched on her shoulder on the set of ‘How to Steal a Million’, 1966.

Terry O’Neill would often reflect about this single image when reflecting back on his career. “You couldn’t take a bad photo of Audrey Hepburn – and I had the chance to work with her on two films, Two for the Road and How
to Steal a Million.

“We were waiting for the director to yell ‘action’ but there were all these doves flying around. I just happen to have my camera poised – and out of nowhere, one landed on her shoulder. Audrey, utterly professional, stood absolutely still knowing I was capturing that moment.”

Authorised by the Estate, this new edition brings a whole new life to this classic work. Artist Clayton Hickman, known for his work on images of The Beatles and Dr. Who, and for his wonderful colourisation of O’Neill’s classic Brigitte Bardot, meticulously mimicked the colours by using source materials directly from the O’Neill archive as well as footage from the film.

TERRY O’NEILL CBE is one of the world’s most collected photographers with work hanging in national art galleries and
private collections worldwide. From presidents to pop stars he has photographed the frontline of fame for over six decades. O’Neill began his career at the birth of the 1960s. While other photographers concentrated on earthquakes, wars and politics,

O’Neill realized that youth culture was a breaking news story on a global scale and began chronicling the emerging faces
of film, fashion and music who would go on to define the Swinging Sixties. By 1965 he was being commissioned by the biggest magazines and newspapers in the world.

The Terry O’Neill archive embraces the span of fame like no other. He photographed The Beatles and The Rolling Stones when they were still struggling young bands.

In 1963, pioneered backstage reportage photography with David Bowie and Elton John and worked with such luminaries as Winston Churchill, Nelson Mandela, Frank Sinatra, Michael Caine, Audrey Hepburn, Faye Dunaway, Raquel Welch, Brigitte Bardot, Sean Connery, Roger Moore, Amy Winehouse and countless others. Terry O’Neill was awarded the Royal Photographic Society Centenary Medal in 2011 in recognition of his significant contribution to the art of photography and an Honorary Fellowship of The Society.

O’Neill was awarded a Commander of the British Empire (CBE) for services to Photography in 2019’s Queen’s Birthday Honours list. O’Neill noted at the time that it was “a huge honour. And I’m incredibly humbled by it. It’s a real recognition for the art of photography, as well. This isn’t just for me of course, it’s for everyone who has helped me along the way. Thank you, from the bottom of my heart.” – Terry O’Neill