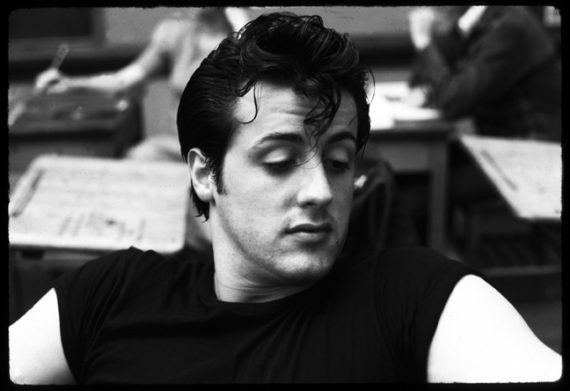 “When I made my first motion picture I was fortunate enough to have Sylvester Stallone not only act but also co-write with me his first screen appearance. I knew from the second I saw him that he was destined for fame. I had never met anyone as focused and driven as Sly. Not to mention talented. We owe each other so much. A few years ago he had come to a book signing of my personal reminiscence of “The Making of the Lords of Flatbush” where he, on camera, gave me credit for creating his character which later became “Rocky” and “Fonzie” from “Happy Days”. The rest became history”.

His paintings and photographs are in important collections and museums throughout the world.  In 2008, the Getty Museum acquired his photography for their permanent collection. He has won over 100 Awards for his work.  In 2009, he was invited to join an exclusive group of artists from around the world for an audience with His Holiness Pope Benedict XVI in the Sistine Chapel at the Vatican for His address to artists. This is the first time a Pope has hosted artists in the Sistine Chapel since the Renaissance.