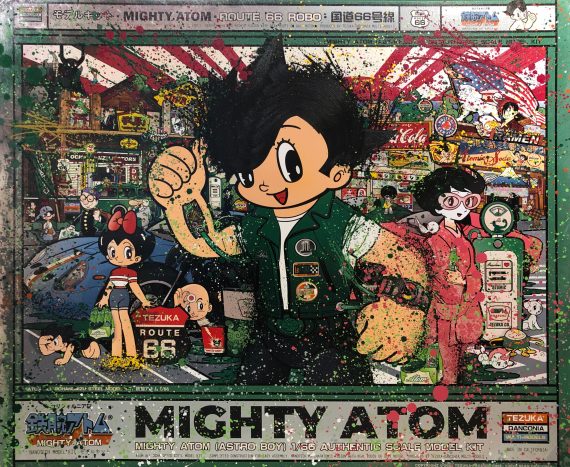 Known as the Godfather of both Manga (Japanese comics) and Anime, Osamu Tezuka revolutionized the world with his creations—the most notable of which is Astro Boy (Mighty Atom). Since its launch in 1963, the franchise and licensing phenomena has generated over $3 billion in merchandise sales and continues to be an enduring success for Japan, with numerous iterations enjoyed by each consecutive generation. Astro has been featured on numerous “Greatest Anime of All-Time” lists and has inspired a multitude of animators and artists in their own work.