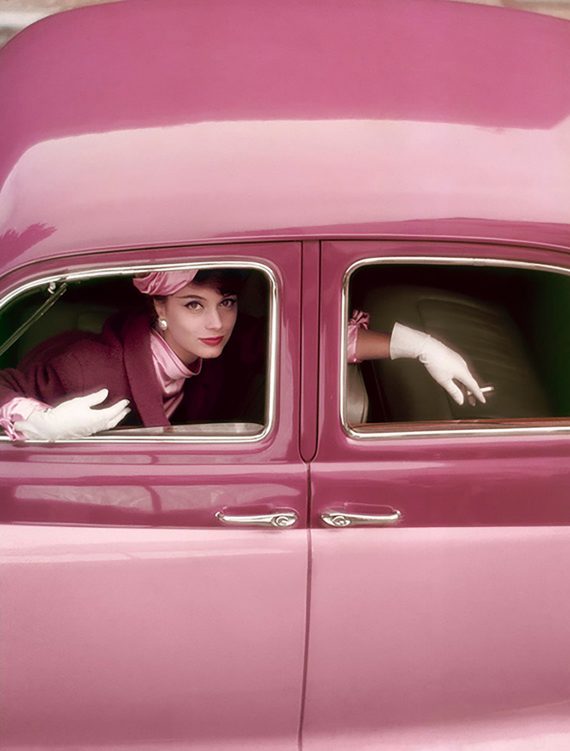 Arnaud poses for a Vogue Cover, released in August 1957. Marie-Helene was house model for Chanel in the 1950s and her film parts between 1956-64 including a non speaking role in the Oscar winning film Gigi .. for which Cecil Beaton won Oscar for costume design. In this cover, Marie-Helene poses in a John Cavanagh Fucshia Pink Tweed Suit for the first ready-to-wear collect designed for Berg Of Mayfair. Her matching beret is by Simone Mirman and cost 30 Guineas and Blouse 19 Guineaus At Harrods and other shops..  Arnaud poses in a Rover 10 S sprayed pink especially for the Vogue shoot.