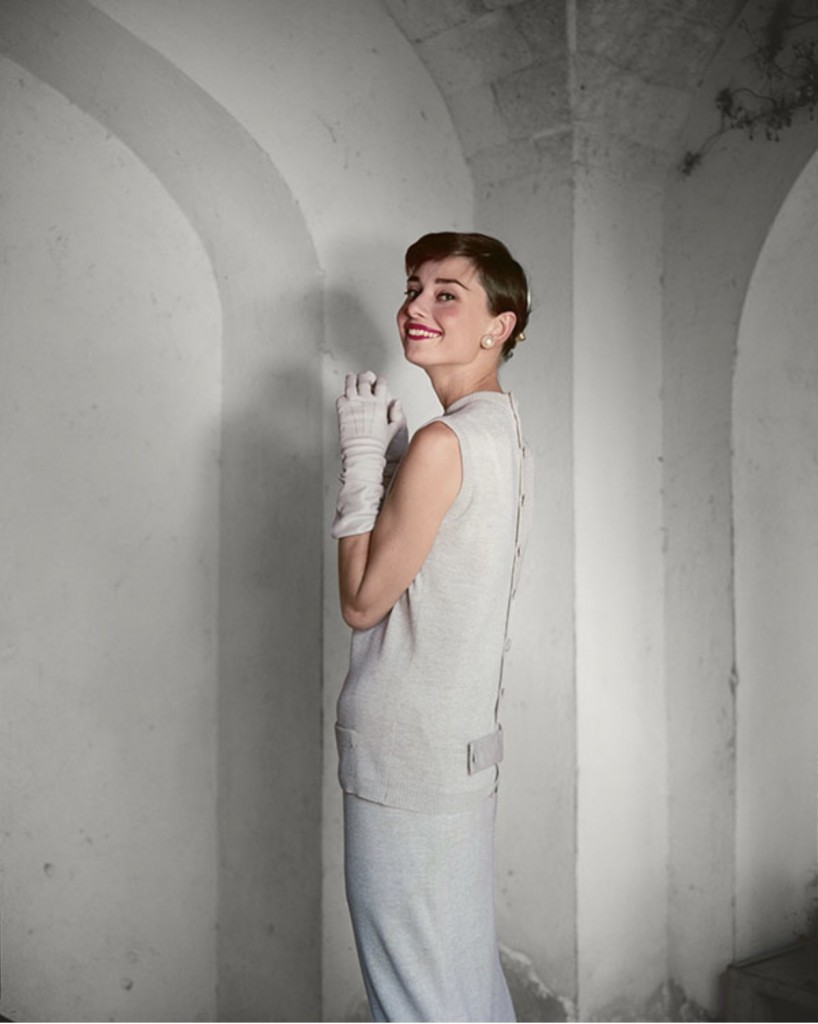 British actress and model Audrey Hepburn photographed for US Glamour magazine at ‘La Vigna’ villa, near Rome, Italy whilst between filming of King Vidor’s “War and Peace”, in August 1955.