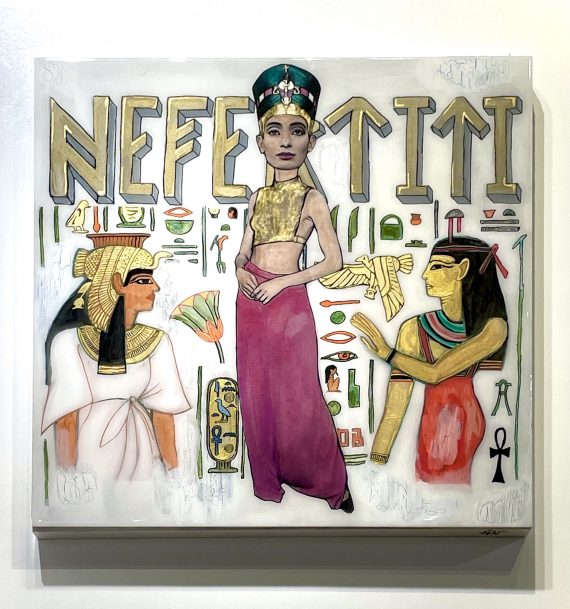 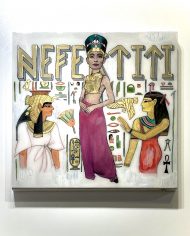 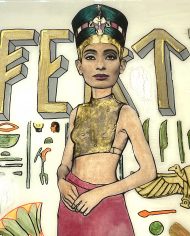 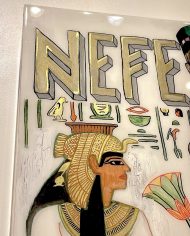 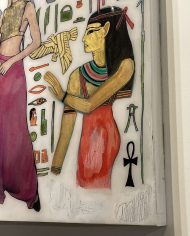 Walk like an Egyptian in power and grace. Nefertiti means “the beautiful one has come”

This Original art work is Mixed Media – Acrylic and Enamel on Wood with a Resin Overlay, by The Producer BDB.

The early stages of The Producer BDB’s career were marked by a series of mural works. His murals marked the streets of Paris, Madrid, Rio de Janeiro, Miami, Berlin and Los Angeles. After dabbling in fashion and design, he realized his true passion. The Producer BDB is known for his free play designs of Frida Kahlo, Andy Warhol, Karl Lagerfeld, Anna Wintour, Hillary Clinton, and countless others. Exhibitions in all major art fairs in USA – Art Basel, Miami and Hong Kong, Armory NYC, Aspen, Palm Springs, Chicago, DesignCon and LA Art Fair. Internationally – Frieze, London, Tokyo and most recently represented USA in Korea as well as a pop up with Barney’s New York, Tokyo for his original re-worked, hand painted clothing collection.