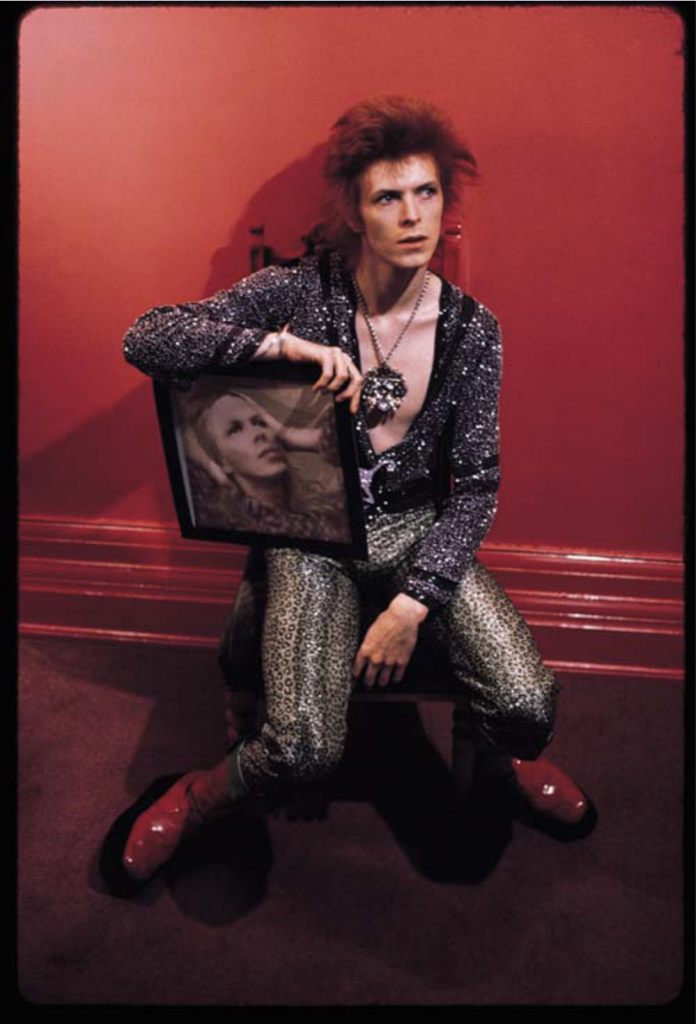 “Mick sees me the way I see myself.” – David Bowie in May 1972 after viewing the results of his first formal shoot with photographer Mick Rock.

In 1972, David Bowie released his groundbreaking album “The Rise and Fall of Ziggy Stardust”  and the “Spiders from Mars.” With it landed Bowie’s Stardust alter-ego: A glitter-clad, mascara-eyed, sexually-ambiguous persona who kicked down the boundaries between male and female, straight and gay, fact and fiction into one shifting and sparkling phenomenon of ’70s self-expression.

Together, Ziggy the album and Ziggy the stage spectacular propelled the softly spoken Londoner into one of the world’s biggest stars. A key passenger on this glam trip into the stratosphere was fellow Londoner and photographer Mick Rock. Rock bonded with Bowie artistically and personally, immersed himself in the singer’s inner circle, and, between 1972–1973, worked as Bowie’s official photographer.