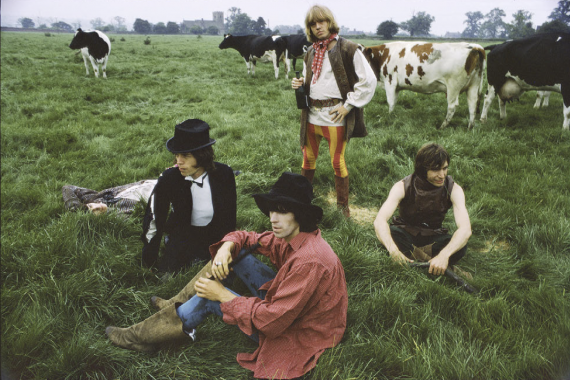 According to Keith Richards, the title ‘Beggars Banquet’ was imagined by British art dealer Christopher Gibbs. Inspired by the title, a memorable photoshoot of the Rolling Stones by Michael Joseph took place earlier that year, an iconic image of which appears in the album’s gatefold.On 6th December 1968, the Rolling Stones released their 10th studio album ‘Beggars Banquet’, which the band admits changed everything for them. Making it to the top-ten charts internationally, songs such as ‘Sympathy for the Devil’ and ‘Street Fighting Man’ became rock ’n’ roll classics. The album was released in the United Kingdom through Decca Records and by London Records in the US the next day. This collection was also featured at the Victoria and Albert Museum.

While at London College of Prints and Graphic Arts, Michael Joseph was sent to Vietnam to photograph the war. The images that came about as a result of this trip lead to 33 years of varied advertising assignments – with such companies as Benson and Hedges, Christies, Nivea, Pirelli, Malaysian Airlines, Schweppes and White Horse. He also worked in the fashion industry for Hart, Schaffner and Marks in Chicago. Based on Joseph’s extensive advertising portfolio, he was chosen by the Stones for the “Beggar’s Banquet” shoot. Michael Joseph is a photographer best known for his work on the Rolling Stones’ classic album “Beggar’s Banquet.”