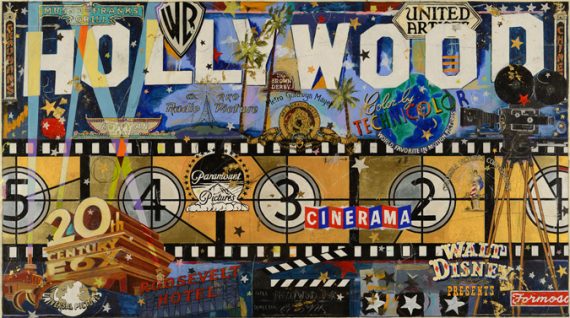 Michael Babyak – Hollywood, Made in the USA

Mr. Babyak’s work has evolved from realist figurative images in oils, acrylics and charcoals, to abstraction and realism, primarily in acrylic. His paintings are a direct reflection of an exploration of feelings about both the physical and imagined, resulting in work that possesses an intangible aspect that somehow strikes a familiar note. He has exhibited work in several national juried shows, including Emerging Visions in Los Angeles, National Works on Paper at St. John’s University in New York and the 3 Rivers Arts Festival in Pittsburgh. Mr. Babyak has done scenic design for ballet as well as had his work televised on the WB Network’s Jamie Foxx Show. He is the recipient of the Critic’s Pick Award from Manhattan Arts International Magazine, as well as numerous awards from juried art shows throughout the USA. Michael has been commissioned to create large-scale paintings for Lucky Strike Lanes as well as Hard Rock Hotel and Casino.