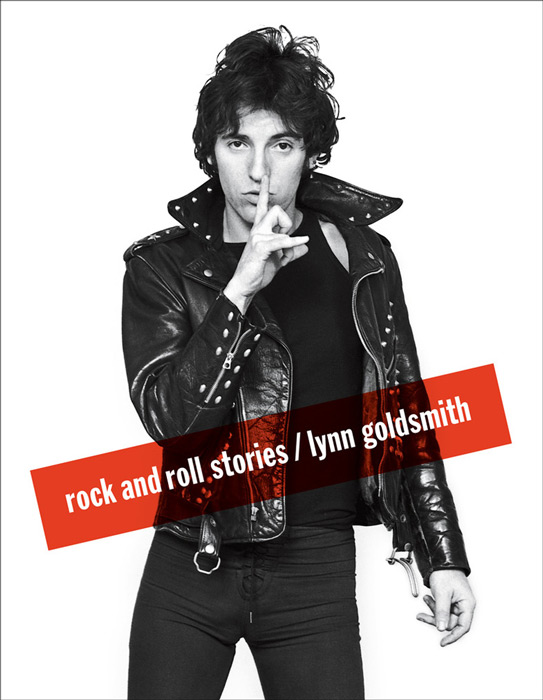 Summary. The story of rock lives in Lynn Goldsmith’s photographs. After coming of age in the Midwest in the tumultuous 1960s, she crashed the music scene in New York and emerged as one of its leading image-makers. She chronicled Bruce Springsteen’s passage to glory, the Rolling Stones’ legendary stadium tours, Michael Jackson’s staggering ascent, and the brooding force of Bob Marley. Culture heroes like Bob Dylan and Patti Smith became frequent subjects for her lens, as she joined the community of artists whose songs shaped our era. The range of her work is staggering.

In Rock and Roll Stories, Goldsmith shares the best of this photographic work. In her lively commentary that accompanies the images, she takes the reader into the studio, the tour bus, the concert hall, and the streets where the pictures were made. Both her photographs and her reminiscences and observations are sharp eyed, but warm and filled with a generous spirit. She evokes a world of complex personalities confronting the high-pressure demands of artistic integrity, stardom, love, friendship, and commercial forces—a set of challenges that both she and her subjects must come to terms with.

A greatly expanded and newly designed edition of Goldsmith’s very successful book PhotoDiary (1995), this volume captures the story of a generation’s loyalty to rock and roll and the lives it created.