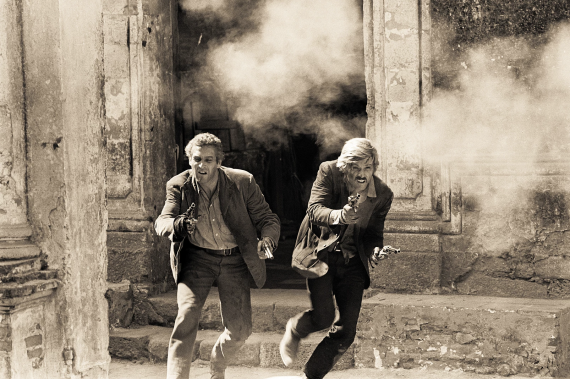 Qty
Add to Wishlist
Share this product
“Butch Cassidy and the Sundance Kid” (1969) was the #1 hit  in 1969 – Lawrence Schiller  directed a portion of the classic film that went on to earn 8 Oscar nominations and  5 academy awards starring Paul Newman and Robert Redford.  This photograph was shot on the set of “Butch Cassidy and the Sundance Kid” in Mexico in 1969 by the acclaimed photographer.  These photos also capture his breakthrough performance of Robert Redford into stardom, as well as the beginning of a lifelong friendship between Robert Redford and Paul Newman.  He went on to name the Sundance Film Festival, in Aspen Colorado after this character. It has been 50+ years since the release of “Butch Cassidy and the Sundance Kid”, and it is regarded as one of the top 100 movies of all time.
Lawrence Schiller’s pictures have appeared in including Life, Newsweek, Time, Paris Match, Stern, and the London Sunday Times. Schiller’s interests and ambitions soon developed into a profession in print journalism, he documented major stories for glossy magazines all over the world. His iconic images of Robert F. Kennedy, Richard Nixon, Bette Davis, Barbra Streisand, Marilyn Monroe, Muhammad Ali, and Madame Nhu, among others are tributes to his doggedness, ingenuity, and charm as well as to his technical proficiency.  His works have been collected and exhibited around the world – including the Smithsonian Portrait Gallery.