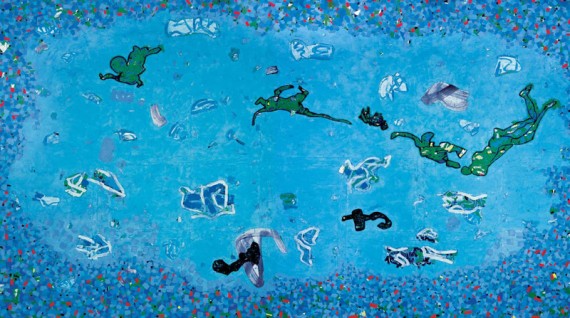 Add to Wishlist
Share this product
Kiro Urdin is a visual, multimedia artist and film director. He is the artistic founder of the Planetarism movement. He represented France at the French Festival in Tapei, and the Republic of Macedonia at the Thessaloniki – Culture Capital of Europe ’97 event in Greece. His ballet ‘Planetarium’ (with Debbie Wilson) and his film of the same name were performed at the United Nations 60th Anniversary. Kiro has been painting professionally since 1985. He is known for his contemporary art paintings which have been exhibited worldwide since 1986. His art has been exhibited in cities like Yokohama, Los Angeles, London, Stockholm and Bratislava. His work has evolved beyond traditional media like film and paintings to include dance, sculpture, literature, photography, philosophy and design.
Kiro has been driven in his efforts by one unifying philosophy: to bridge different cultures together, and to bring all art forms into one. Or as he puts it into his own words, as he defines the slogan of the Planetarism movement: “One Point everywhere, everything in one point. One Art everywhere, everything in one Art.”