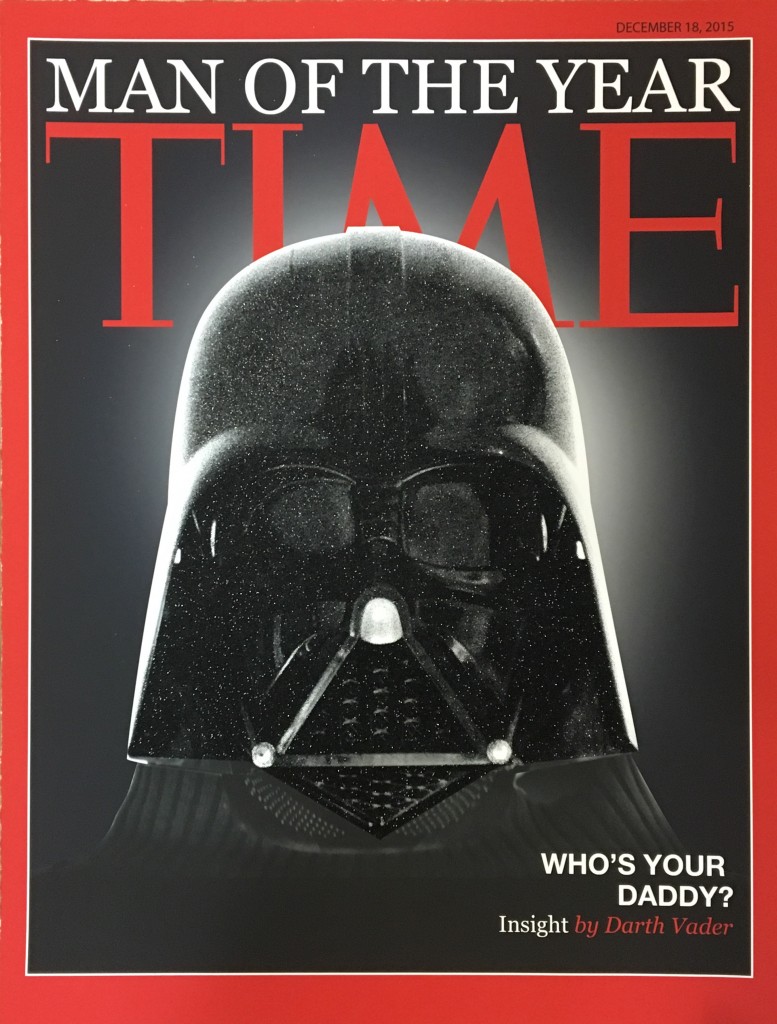 Every year since 1927, TIME Magazine has chosen a Person of the Year that influenced the world, for better or worse. In 2015, it seems that Star Wars has taken over the world, in this humorous portrait of Darth Vader, one of the favorite characters, who reflects man’s struggle between dark and light. In the end, the very end, he overcomes his nature and eventually shows us that anyone can change making him the most influential figure of one of the most important films in history. K E I K O has chosen to lay havoc and illustrate the importance of this important event with a parody of the Iconic news publication TIME – the issue date is the opening date of the public release of the film. The story written is titled “Who’s Your Daddy” with insight by Darth Vader. An inside joke with any Star Wars fan.