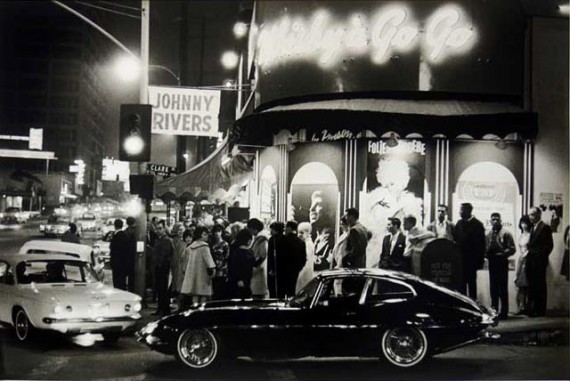 In 1964, the Whiskey A-Go-Go was the home of rock ‘n’ roll in Los Angeles. The Whisky had no VIP section, no security, no paparazzi, and no cover charge. Everyone mingled. The people waiting to get into the club were the coolest people in L.A and that Jaguar was the car of the decade.