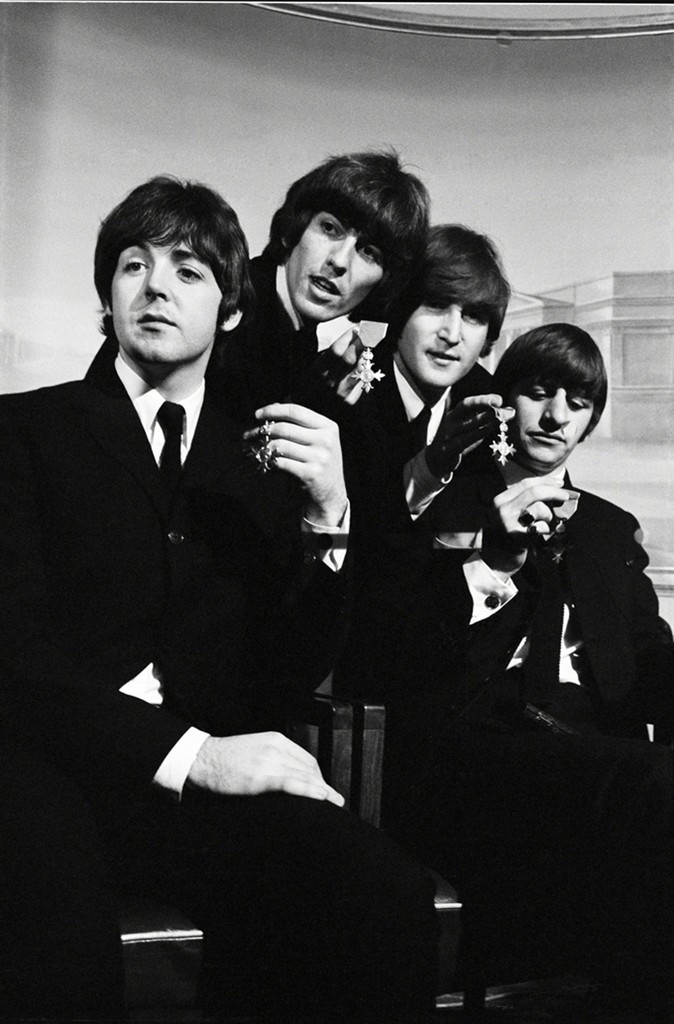 The Beatles photographed at the Saville Theatre in London. They had just recieved Member of the British Empire medals from the Queen at Buckingham Palace.

The Beatles photographed at the Saville Theatre in London. They had just recieved Member of the British Empire medals from the Queen at Buckingham Palace.