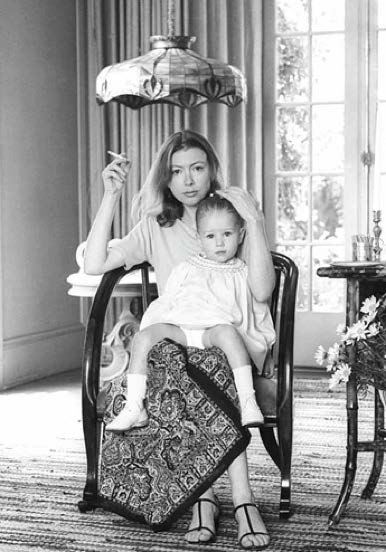 Joan Didion lived with her husband, screen writer John Gregory Dunne and her 2-year-old daughter Quintana Roo when Wasser photographed her with her daughter for TIME Magazine in 1968.

Joan Didion lived with her husband, screen writer John Gregory Dunne and her 2-year-old daughter Quintana Roo when Wasser photographed her with her daughter for TIME Magazine in 1968.