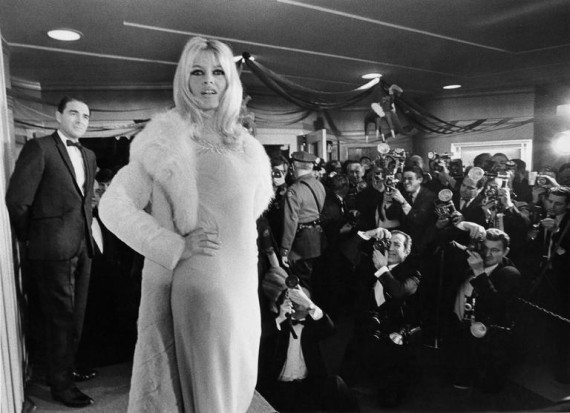 This photograph of Brigitte Bardot was taken at the 1965 premiere of Louis Malle's French film Viva Maria at the Bruin Theatre in Westwood.

This photograph of Brigitte Bardot was taken at the 1965 premiere of Louis Malle’s French film Viva Maria! at the Bruin Theatre in Westwood.