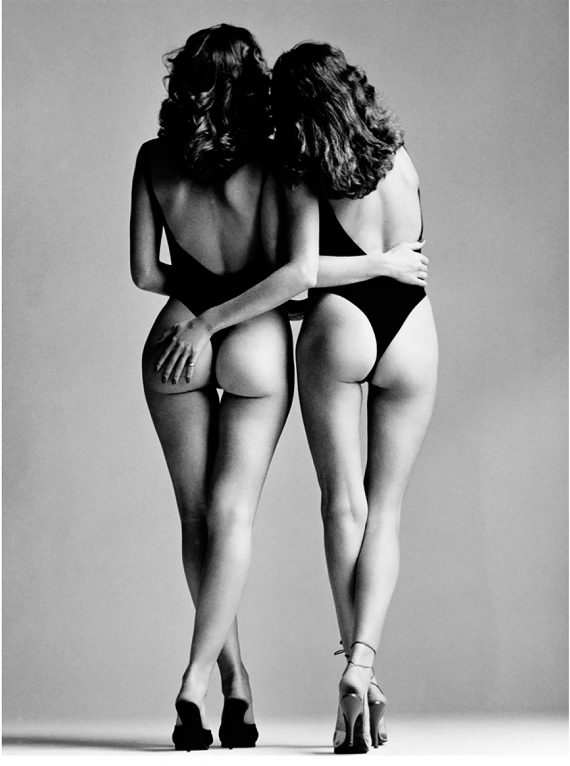 British model Debbie Moore and American model Lindy Christensen work together on a photoshoot with John Swannell in 1977.

British model Debbie Moore and American model Lindy Christensen work together on a photoshoot with John Swannell in 1977.

John Swannell was born in 1946. After leaving school at 16, he worked first as an assistant at Vogue Studios and then assisted David Bailey for four years before setting up his own studio.

He spent the next ten years traveling and working for magazines such as Vogue, Harpers & Queen, the Sunday Times Magazine and Tatler. During this time he developed his distinctive, individual style in both fashion and beauty photography.

In 1989 John Swannell had a one man show at The Royal Academy in Edinburgh, followed in 1990 by an exhibition at The National Portrait Gallery in Edinburgh. In July of the same year The Royal Photographic Society held a retrospective of his fashion work.

In 1993 John Swannell was awarded a Fellowship of The Royal Photographic Society; he was one of the youngest members to have achieved this status at the time. In November 1994, Diana, The Princess of Wales personally commissioned John to photograph her together with her sons.

From November 1996 to March 1997 John had a solo show of his portraits at The National Portrait Gallery in London to celebrate the publication of his book ‘Twenty Years On’. His work is held by museums and collections such as the V&A, the Museum of Modern Art in New York and the Royal Photographic Society.