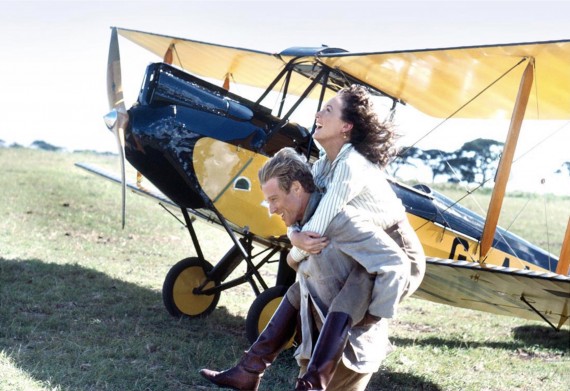 American actors Meryl Streep and Robert Redford on set of ‘Out of Africa’, 1985.