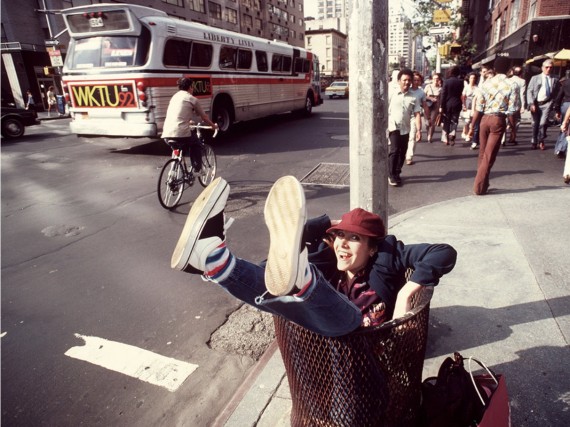 American actress, writer and humorist Carrie Fisher pictured on the streets of Manhattan, New York, US, 1980.