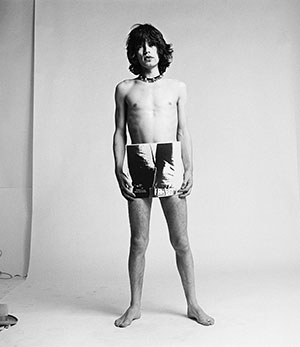 A naked Mick Jagger masks his front with the iconic Andy Warhol-designed Sticky Fingers cover, which is a close up of a denim-clad crotch. Evidently the Rolling Stones front man showed up to the studio four hours late and didn’t want to look at the camera during the shoot, until David Montgomery reminded him he wasn’t taking these photos for his own scrapbook.