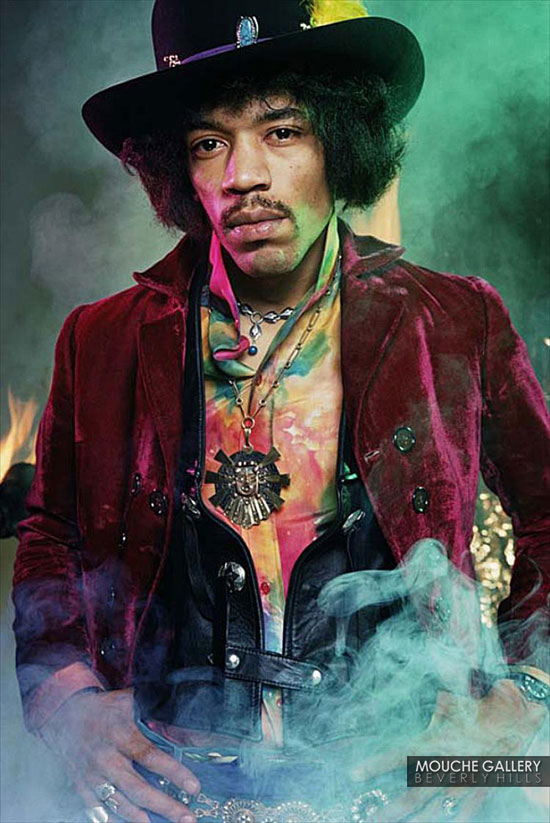 This photograph was used for the back cover of the 1998 album, Experience Hendrix: The Best of Jimi Hendrix. Jimi appeares to be swallowed by the green and purple smoke, a reference to his iconic song, “Purple Haze”.