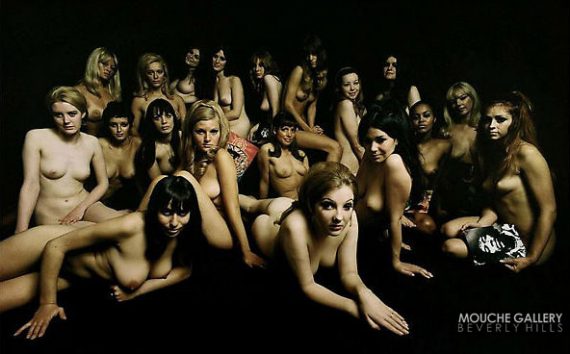 This photograph was used as the European cover for Jimi Hendrix’s 1968 album Electric Ladyland. It features nineteen London Club girls, all non-models, who were asked spontaneously to pose nude. When it was released, the cover was banned in the US.

Electric Ladyland was released in October 1968 as the third and final album of the new material by the Jimi Hendrix Experience. It is the only professionally produced studio album. Electric Ladyland topped to Billboard 200 album chart for two weeks in November 1968.