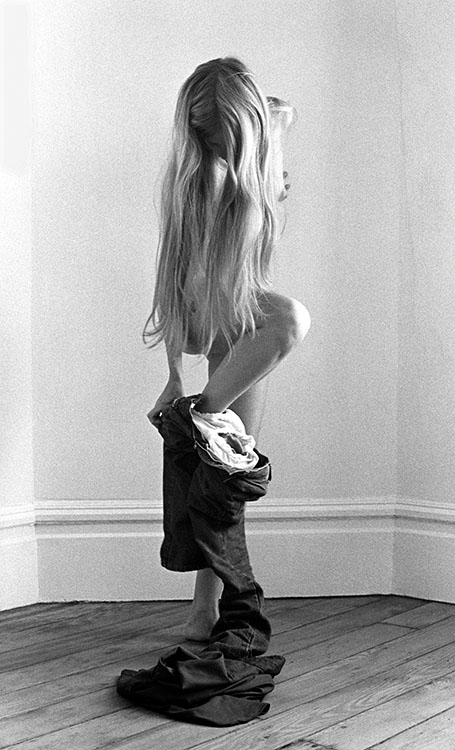 Margaret, a muse and friend of a group of musicians in San Francisco, June 1972. This images was titled by her: 'It's about the next moment.'

Margaret, a muse and friend of a group of musicians in San Francisco, June 1972. This images was titled by her: ‘It’s about the next moment.’

But besides the chase, the most important element “was when they would pick up the phone in the hotel room, call their friends, and say, ‘You’ll never guess where I am'”. Says Baron, “For them it often had little to do with the guys themselves because they were all moving on anyhow.

In 1969, Rolling Stone Magazine, then barely a year old, published a scandalous issue on the backstage proclivities of rock stars, and the women who sought them out. For the first-time, the original chronicle is published in book form and showcases Baron Wolman’s captivating portraiture. Baron’s approach yielded elegant, bohemian results, capturing the women’s adventurous side, their playfulness and vulnerability. He made the explicit choice to dignify the women by photographing them in a studio with a simple backdrop, stating how vital it was to isolate them, to dignify them, to give them respect.