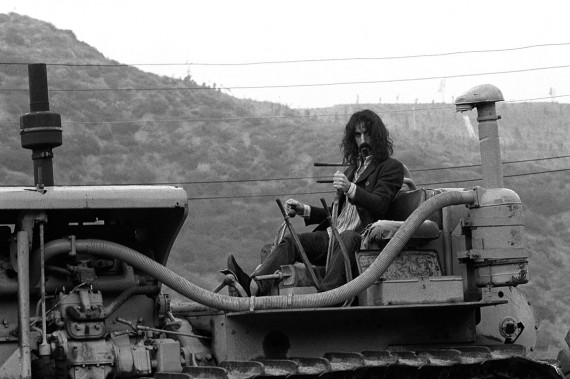 American composer and musician Frank Zappa near his home in Laurel Canyon, Los Angeles, May 1968.

American composer and musician Frank Zappa near his home in Laurel Canyon, Los Angeles, May 1968.