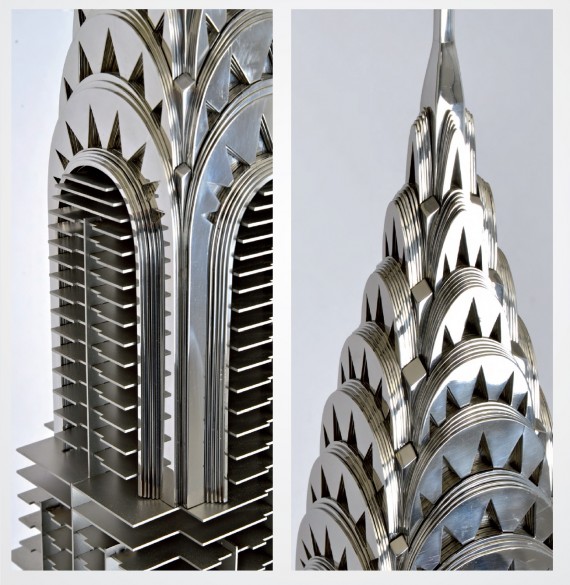 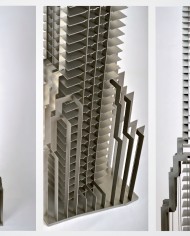 Instead of representing a full and continuous skin, it is symbolized by an alternation heights and space, realizing a skeleton and decomposing the successive forms into strata. So the global shape is suggested by the space, while offering of the transparency and so the lightness to the set.

This sequenced representation gets a kinetic and dynamic effect by reduction or progressive increase of the space between plates, causing an effect of acceleration or deceleration.